The Town of Garner has a council-manager form of government with a mayor and five member Town Council. Elections for the office of council member are held at two-year intervals in November of odd-numbered years. Elections are non-partisan, and the mayor and council members are elected for four-year terms. The Council sets Town policies, enacts ordinances and appoints the town manager. The town manager administers the daily operations and programs of the municipal government through the department heads, other staff members and employees. 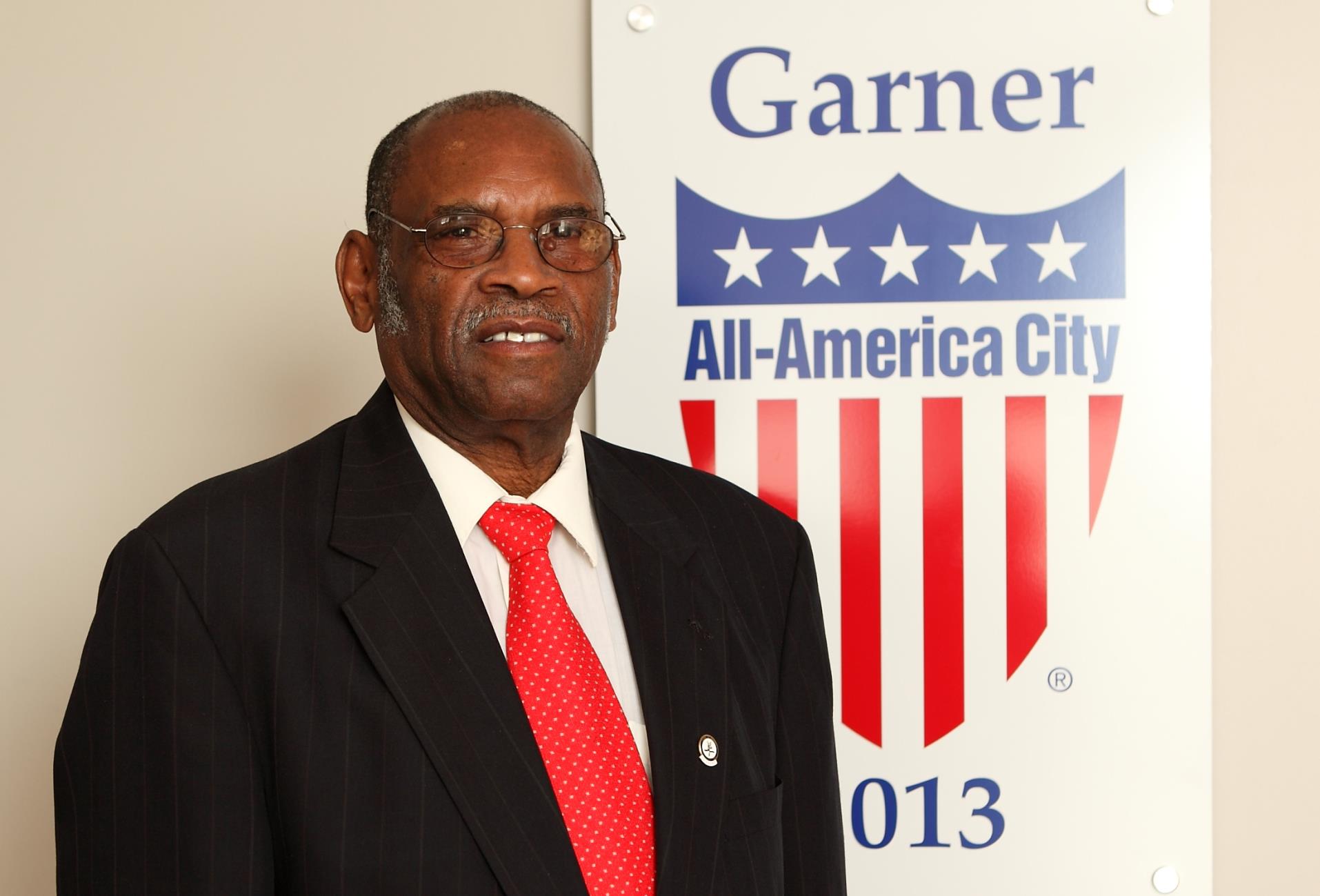 Town leaders, staff and the Garner community are mourning the loss of Council Member Jackie Johns, who passed away Sunday, Jan. 6, following a brief illness. He was 81.

Johns served as a Town alderman and, later, council member for a total of nearly 36 years over his three separate tenures in elected office. He was Garner’s first and, to date, only African-American elected official in town history.

Mayor Ronnie Williams, who served as an alderman and then Council member starting in 1985 before becoming mayor in 2005, says Council Member Johns “was a true advocate for the people.”

“He was the people’s politician,” Mayor Williams said. “He looked out for the interests of every citizen in town.”

Longtime Garner resident and community activist Helen Phillips had similar recollections of Mr. Johns. “He has always spoken for the community,” she said. “He was always trying to help people live better.”

“Mr. Johns was always an advocate for employees and repeatedly expressed his appreciation for everything all of us do for the Town of Garner,” Dickerson said. “He greeted everyone with kind words and a smile regardless of what was going on. We can honor his legacy by continuing to do a great job to make the town he loved even better. He will be missed.”

In 1991, he was voted into office again. This time, he would serve as an alderman and council member until his death.

Recently, when asked about the accomplishment of which he was most proud as an elected official, Mr. Johns cited being part of the leadership that decided to purchase the land that became Lake Benson Park. Prior to its purchase by the Town in the early 1980s, the land had been a hog farm.

In recent years, Mr. Johns hosted a luncheon in the spring to honor his late wife and late son. It was one of the top social events of the season in Garner, and it was typically attended by over 200 people, from ordinary citizens to judges to county and state officials. Congressman David Price even made the trip to attend the annual gathering.

“They all came because of Jackie—to show their respect for him,” Mayor Williams said.

Mr. Johns was a member and deacon of Springfield Baptist Church in Garner. He also served on the church’s Board of Trustees and as a Sunday school superintendent.

Council Member Johns’ faith was central to his identity, Mayor Williams said. “What I’ve always admired about Jackie is his faith,” the mayor said.

The Town Council will hold its regularly scheduled meeting tonight at 7 p.m. in the Council Chambers at Town Hall at 900 7th Ave. At a later date, in accordance with state statute, Town Council members will appoint a citizen to serve out the remainder of Mr. Johns’ term, which is set to expire this December. The municipal election for Mr. Johns’ seat and other open Council seats is scheduled for Nov. 5.