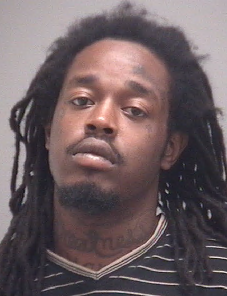 Garner Police have charged one suspect with homicide and another on related charges in the death of 36yo Elhadji Mansour Seck last Thursday morning.    Ja'vonta La'Keith Williams, 25, of Raleigh was charged with First Degree Murder, Conspiracy to Commit Armed Robbery, and Attempted Armed Robbery.  Quinn Loiuis Giles, 28, of Raleigh was charged with Conspiracy to Commit Armed Robbery and Attempted Armed Robbery.   Garner Police investigators have been following up on leads since early Thursday morning .  Latent evidence left at the scene helped start the trail that eventually led to the identification of the suspects in this incident.  Investigators believe that the two suspects attempted to get a ride from another taxi company shortly before getting into the back of the Amigo Taxi.  Both taxi companies were called from the same phone number and both were asked to take the riders to an address on Pool Drive in Garner.  Police believe that at some point, the pair attempted to rob Mr. Seck when the shooting occurred.  Both are currently in the Wake County Jail.  Giles was arrested around 9pm Tuesday evening in a parking lot off Calumet Drive.  With the assistance of the Raleigh Police Department, Williams was arrested on an outstanding probation violation warrant after leaving and address on Madelyn Watson Lane in Raleigh shortly after midnight.  Garner Police Investigators were in the process of obtaining warrants for the 1st Degree Murder at the time of the arrest.